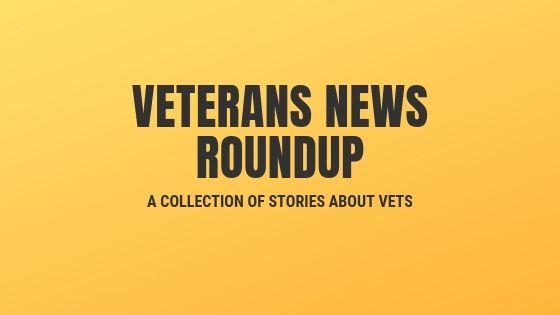 According to the U.S. Department of Labor, the unemployment rate for veterans in June 2019 was 3.2%. The overall population experienced higher rates of unemployment at 3.7%. Many employers know the true value of hiring veterans and have even pledged to increase their veteran employee populations. Author of From We Will to At Will Justin Constantine says that's a smart tactic.

"Veterans are key additions in the civilian workplace," said Constantine, a Marine veteran who is registered with WWP and also serves on the veterans' charity's board of directors. "Because of the strong business case for hiring us, employers should be taking every step to find men and women who served their nation in the military, who now want to serve alongside teammates in the civilian world."

Recognition for a Top Veteran Employer

Werner Enterprises (NASDAQ: WERN), a premier transportation and logistics provider, is honored to be named to the 2019 Best of the Best Top Veteran-Friendly Companies list by U.S. Veterans Magazine for the fifth consecutive year for the company’s support of military veterans, service members and their families.

“After fighting for our country, we want to make members of the armed forces and their families feel like they have a second home at Werner Enterprises,” said Vice President of Field and Government Recruiting Jim Morbach. “We are honored to have many talented military men and women in our company, and we are honored to support their success in the civilian workforce.”

U.S. Veterans Magazine polled hundreds of Fortune 1000 companies for this year’s evaluations. Finalists were selected based on their support of the nation’s employees, initiatives, government agencies and educational institutions. The annual list can be found on the publication’s website.

Werner is widely acknowledged as an industry leader in military hiring initiatives, with veteran and veteran spouses comprising approximately 20 percent of its workforce. As a military-ready employer, Werner offers eligible military veterans the opportunity to receive their tax-free U.S. Department of Veterans Affairs education benefits in addition to on-the-job training.

These companies were founded or cofounded by veterans.

Injured veterans were empowered to steer the boat, grind the winches, and trim the sails at a Wounded Warrior Project® (WWP) sailing class in Newport.

Connecting with fellow service members and people in the community gives warriors support they can count on. The opportunity to try something new and be surrounded by other veterans encouraged Dawn to sign up for this and several other WWP activities in the past year. She first heard about WWP from a female veteran with whom she served in Iraq.

"Everyone on my sailboat chatted before the sailing concluded and had a chance to get to know each other," Dawn said.

Dawn's husband serves in the Navy and is stationed in Virginia. She doesn't have other family nearby and attended the WWP sailing event with a friend. Having a friend with her – and making new friends there – contributed to growing her network. "I was happy to share this great opportunity with a close friend," Dawn said.

"We ended up sitting together for lunch," she added. The combat medic and medical instructor shared lunch with other veterans at the picturesque summer house of President Dwight D. Eisenhower.

Socializing with other veterans helps warriors connect with the support network they need to overcome the challenges they face. In a WWP survey of the wounded warriors it serves, more than half of survey respondents (52.6%) expressed they talk with fellow veterans to address their mental health concerns.

“The men and women among us at American Water that have served honorably in our military bring their commitment to service to work with them each and every day, and we’re honored to have the opportunity to continue to support them,” said Chief Operating Officer Walter Lynch, a veteran of the U.S. Army. “As a Military Friendly® Gold Employer, veterans seeking a career at American Water have the opportunity to do meaningful work and utilize their military skills and experience to deliver clean, safe, reliable and affordable water and wastewater services to millions of Americans across the U.S.”

American Water is committed to hiring military talent, knowing first-hand that recruiting veterans and military spouses is not only the “right thing to do,” but the right thing for business.