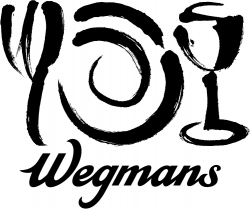 Wegmans is a regional supermarket chain with 92 stores: 46 in New York, 17 in Pennsylvania, 7 in New Jersey, 10 in Virginia, 8 in Maryland, and 4 in Massachusetts. It is one of the largest private companies in the U.S.: Over 47,000 employees Annual sales in 2015 of $7.9 billion 33rd on the 2015 Supermarket News list of the Top 75 Supermarkets based on sales volume Wegmans is a family-owned company, founded in 1916, headquartered in Rochester, NY. Danny Wegman is CEO; Colleen Wegman, his daughter, is president. Danny’s daughter Nicole Wegman is sr. vice president. Robert Wegman, Danny’s father, was chairman until his death in April 2006. - See more at: https://www.wegmans.com/about-us/company-overview.html#sthash.NXG6Kg4t.dpuf